This is the Martin Capital team. Get to know us by reading our individual biographies below. 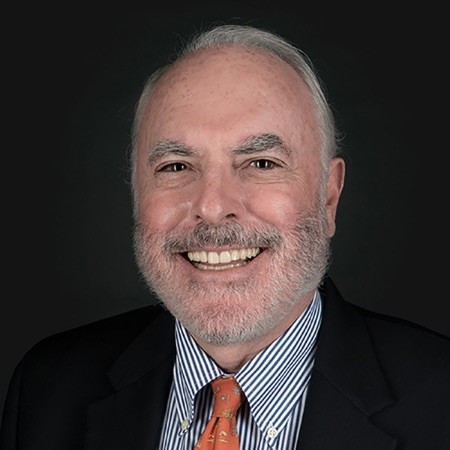 Paul Martin began his investment career with Merrill Lynch followed by Oppenheimer & Co. in New York City in 1985. Since 1989, he’s been the managing partner and chief investment officer of Martin Capital Advisors, LLP, a registered investment advisor with offices in Austin and San Antonio. The performance of the firm’s investment portfolios has often been ranked at or near the top of all diversified investment strategies for over two decades.

Paul is an active participant in the Austin and San Antonio communities, holding leadership positions in a variety of cultural and civic organizations, including: the San Antonio Public Library Foundation (board member, chairman of the investment committee and executive committee member), the San Antonio Museum of Art Contemporaries (executive committee member), the Thomas Jefferson Center at the University of Texas at Austin (chairman of the advisory board), the Artist Foundation of San Antonio (advisory board member), the Center for Innovation and Technology Entrepreneurship at UTSA (team mentor), the Masters Leadership Program of San Antonio Alumni Association and Mind Science Foundation (board member). Additionally, he has served as board president of the Southwest Texas Council of American Youth Hostels, board president of the Austin chapter of the American Association of Individual Investors, executive committee president of the McNay Contemporary Collectors Forum, board vice president of The Jung Society of Austin, board treasurer and secretary of the Austin Investment Association, and chairman of the investment committee of the Board of Governors of the Middle East Institute. He is an active member of the CFA Societies of Austin and San Antonio, the Rotary Club of San Antonio, the San Antonio Business and Economics Society, the Harvard Business School Club of San Antonio, the Association for Corporate Growth, the World Affairs Council of San Antonio, and a lifetime member of the Naval War College Foundation and the UDT-SEAL Association.

Paul received a Bachelor of Arts degree in liberal arts from St. John’s College in Santa Fe, New Mexico, in 1980 and is an active supporter of the college. As a member of the Board of Visitors and Governors of St. John’s College, Paul chaired the investment committee and was instrumental in establishing a formal investment policy for the college. He has been active in the St. John’s College Alumni Association for many years and is currently co-president of the Austin/San Antonio chapter, and serves on the Alumni Association Board’s nominating committee. 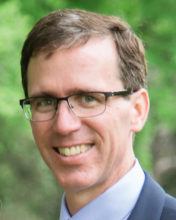 Chris Martin (not related to Paul Martin) of CGM Investment Management provides independent third-party performance and analysis for all of the investment portfolios managed by Martin Capital. He has a BBA in accounting and finance from Texas A&M University and an MBA from the University of Texas at Austin 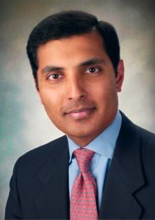 Seenu has worked at Bain & Company, a management consulting firm in Boston, as well as in the investment banking division of Salomon Brothers Inc. in New York City. In addition, Dr. Reddy earned a medical degree with honors from the University of Alabama at Birmingham and an M.B.A. with honors from the Owen School of Business at Vanderbilt University. He completed his training in General Surgery at Vanderbilt and Thoracic Surgery at Emory University and is Board Certified in both.

He is on the Board of Directors of the American Heart Association, and previously served on the Advisory Board of the San Antonio National Bank, the Executive Committee of the McNay Art Museum’s Contemporary Collectors Forum, and was vice president of the San Antonio Cardiovascular Society. He is a member of numerous national committees within the medical profession and also as an advisor to medical technology startups. Dr. Reddy has published over 40 articles and book chapters throughout his career.

Dr. Reddy is on the Advisory Board of several Venture Capital and Private Equity Funds including FCA Venture Capital Fund V, JumpStart Capital and Brio Capital.  He also served on the First Tennessee Private Medical Bank’s Board of Advisors. In addition, he is a Physician Advisor to two large companies focused on medical supply chain, HealthTrust and Lumere Inc. 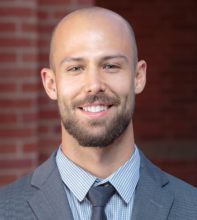 Colton Krueger is finance and communications professional with nearly a decade of experience helping companies identify, communicate, and drive value. He has worked both part-time and full-time with Martin Capital for over 10 years, helping the firm with financial and economic analysis. Colton is currently Senior Manager, Financial Planning & Analysis with Deckers Brands where guides the company with forecasting and budgeting. Before his current role at Deckers, he helped develop Deckers’ investor relations and corporate communications programs, and advised the company through corporate restructuring, leadership transitions, and shareholder activism. He has also worked at the New York Stock Exchange where he consulted with companies across the financials and materials industries. Colton received an MBA in Finance from UCLA Anderson School of Management and a BA in Economics from DePauw University. 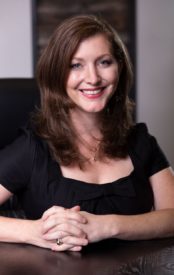 Darby Ivins joined Martin Capital Advisors, LLP, (MCA) at the beginning of 2016 as a Registered Investment Advisor representative to assist in business operations. Ms. Ivins works closely with the managing partner by facilitating client communications, client paperwork, office duties, and overseeing compliance regulations for the firm as the chief compliance officer. She is a member of the downtown Rotary Club of San Antonio, Financial Planning Association of San Antonio South Texas, and is a CERTIFIED FINANCIAL PLANNER™ professional through the CFP Board.

Ms. Ivins is a native San Antonian. After receiving her Bachelor of Liberal Arts, with a focus in public relations and art history, from the University of Texas at San Antonio, she worked with for-profit and non-profit organizations in the Alamo City before joining MCA. 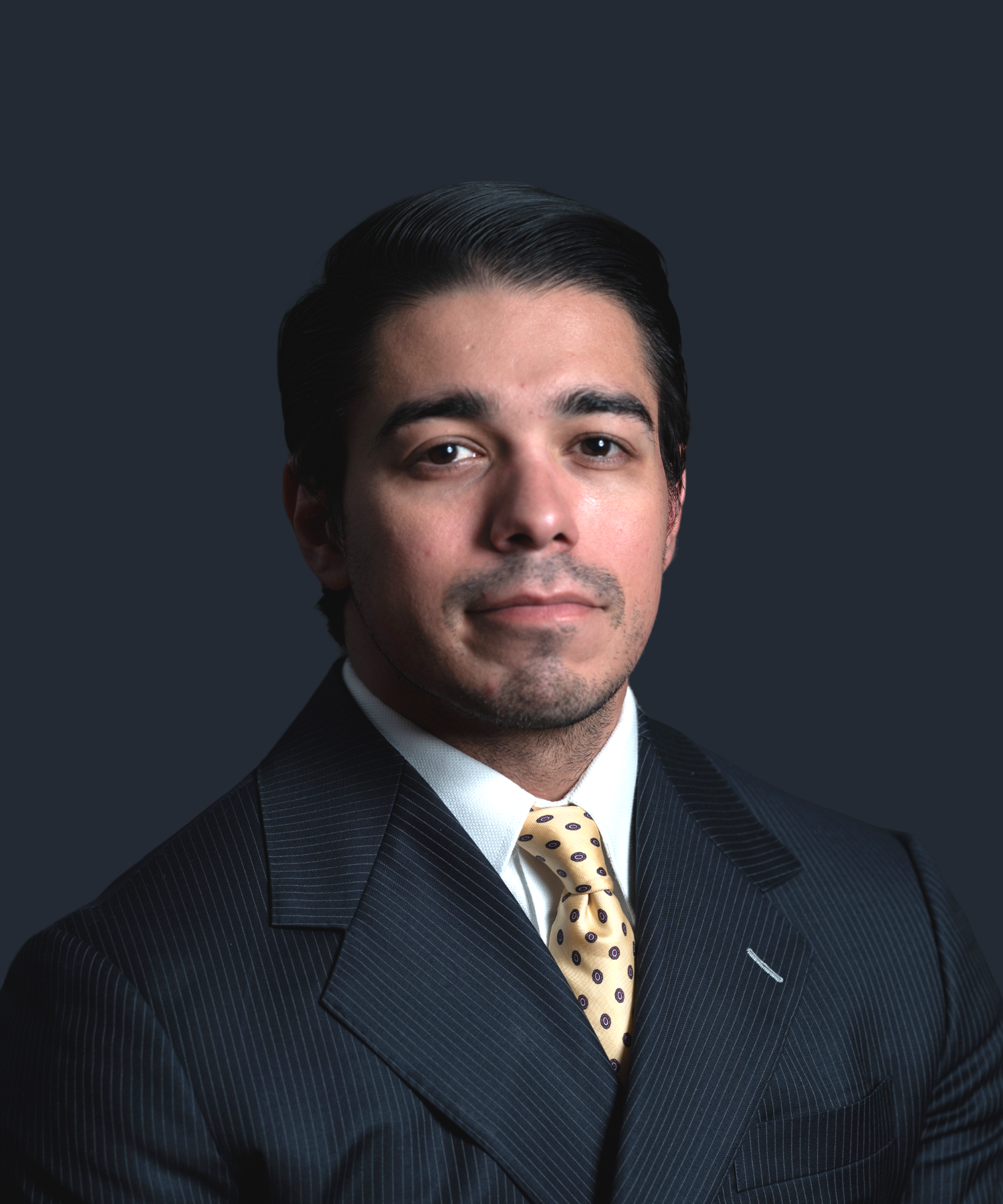 Mauricio Sanchez began his career in finance on Wall Street as a corporate bond portfolio trader in New York City. Graduating from the University of the Incarnate Word in San Antonio, Texas with a dual B.B.A. in economics and finance, Mau is an experienced investment advisor with over ten years in the equities, fixed income, and commodity space. A former fixed income trader and FX pool manager, Mauricio’s expertise rests on analyzing domestic and foreign markets, federal reserve policy, and presenting valuable insight and strategies to his clients. In his free time, Mauricio runs a podcast and frequently consults with businesses, executives, and nonprofits. 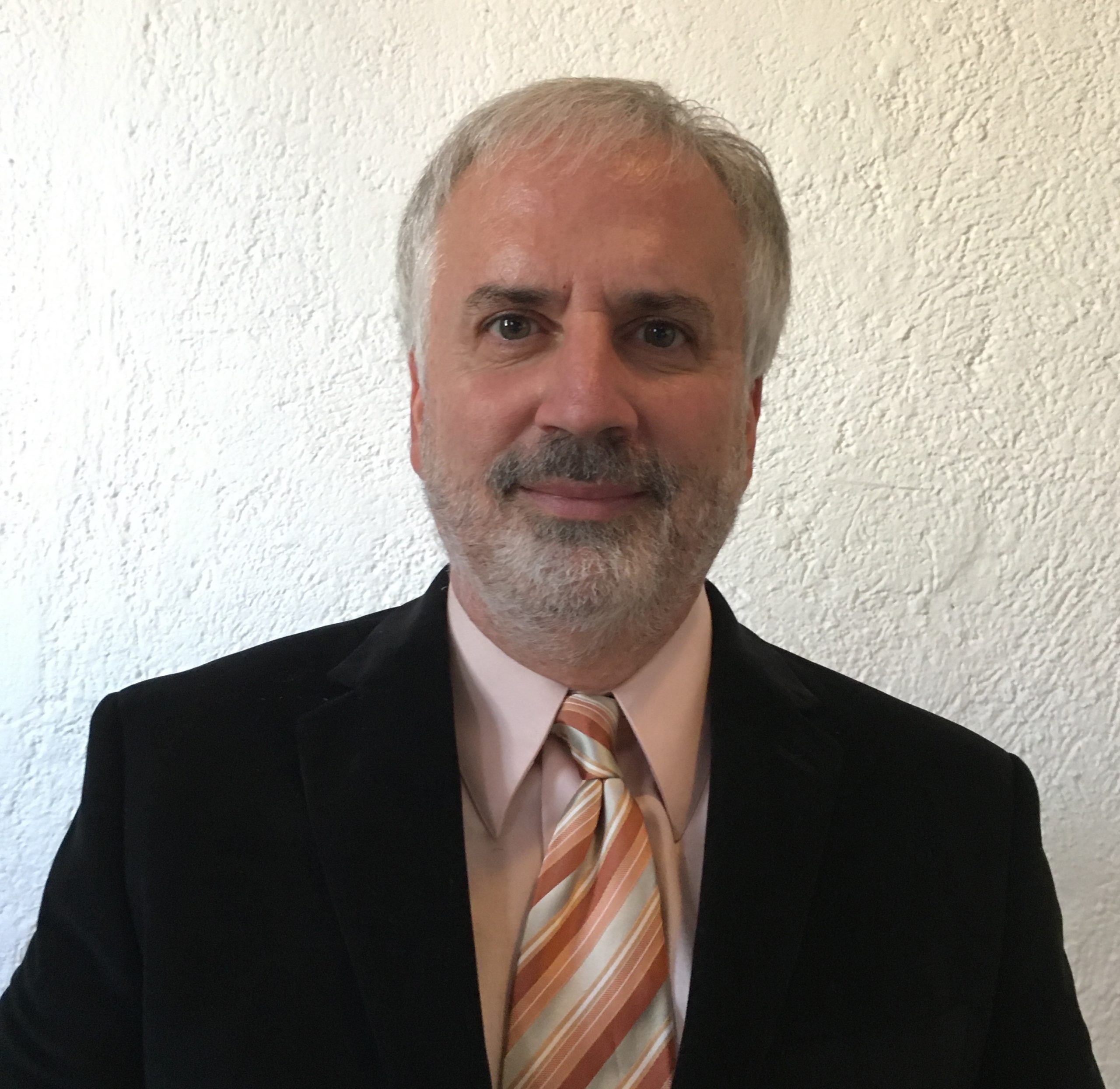 In addition to being an author of international bestsellers, including ‘Socrates Cafe: A Fresh Taste of Philosophy,’ the acclaimed Socratic practitioner, scholar and founder of the nonprofit DemocracyCafe.org is an Investment Advisor Representative (IAR) for MartinCapital.com.

Christopher’s abiding passion for the world of investment began when, as a child, he learned the ins and outs at the heels of his father, Alexander Phillips, who starting in the 1950s successfully moonlighted (he was an electrical engineer and federal government executive by day) selling stocks and mutual funds for American Funds.

Christopher aims as a registered Investment Advisor Representative with Martin Capital Advisors to bring in an array of clients (including, as a fluent Spanish speaker, those who primarily speak that Romance language).
In addition to collaborating with MCA on sundry other projects, including developing effective communications strategies, Christopher is following in CIO Paul Martin’s footsteps by developing a specialty in SRI (Sustainable Responsible Impact) Investing and ESG (Environmental, Social, and Governance) Investing. To date, Christopher has garnered certificates for completing (after passing rigorous exams) comprehensive courses on ‘Foundations for Responsible Investment’ — offered by the United Nations-endorsed PRI (Principles for Responsible Investment) Academy and considered the gold standard for such courses, as well as the course in ‘Fundamentals of Sustainable and Impact Investment’ offered by the Center for Sustainable Investment Education, which operates under the auspices of the Forum for Sustainable and Responsible Investment, recognized as the leading voice advancing sustainable investing across all asset classes.

Christopher also has been Senior Education Fellow at the National Constitution Center (he was the first-ever Fellow), a Network Ethics Fellow at Harvard University, a senior writing and research fellow at University of Pennsylvania, and was recipient of the Distinguished American Leadership Award. More information about Christopher can be had at www.ChristopherPhillips.com. 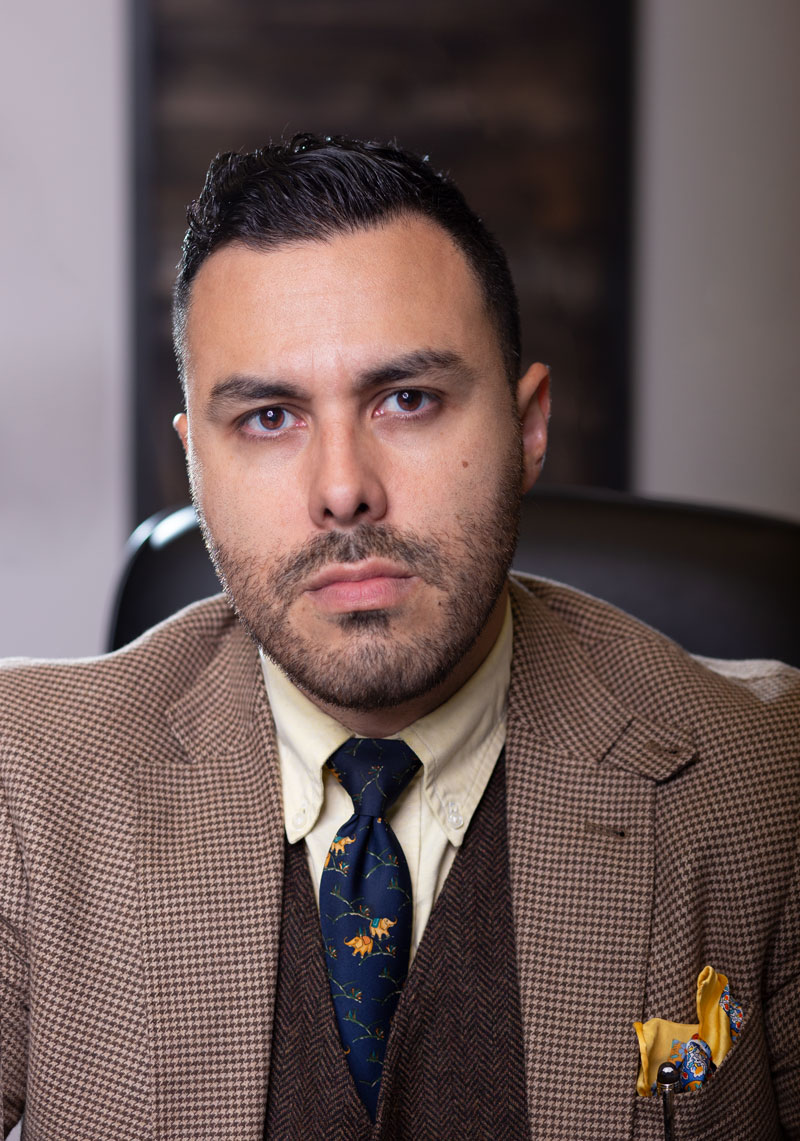 A seasoned educator and investment advisor, Charles Massiatte joined Martin Capital Advisors after working as a Financial Advisor and Assistant Vice President at Bank of America Merrill Lynch at the Concord and La Cantera offices in San Antonio, Texas. Years of experience advising clients within the context of a large bulge bracket bank has reinforced his commitment to providing excellence in investment advice at a more personal boutique level.

Charles also holds numerous membership and leadership positions in various cultural and literary arts organizations. He serves as current Board President of San Antonio’s oldest writing arts organization Gemini Ink. Additionally, he serves as a director of the Harvard Club of San Antonio, serving as current Chair of the Harvard Book Club and working on the Harvard Book Prize and Early College Awareness committees. He continues to lead monthly Great Books seminars with the San Antonio Public Library Foundation. He serves as a member of the Thomas Jefferson Center for Core Texts and Ideas advisory committee at the Univesity of Texas at Austin, the National Association of Scholars, the Goethe Society of North America and, the Friedrich Nietzsche Society.

Charles serves as a member of the Humane Letters Faculty at Great Hearts Academy (Monte Vista), where he currently teaches Great Books in the American Tradition and Economic Theory.  He lives in San Antonio with his lovely wife, Mary Helen, and their four children. 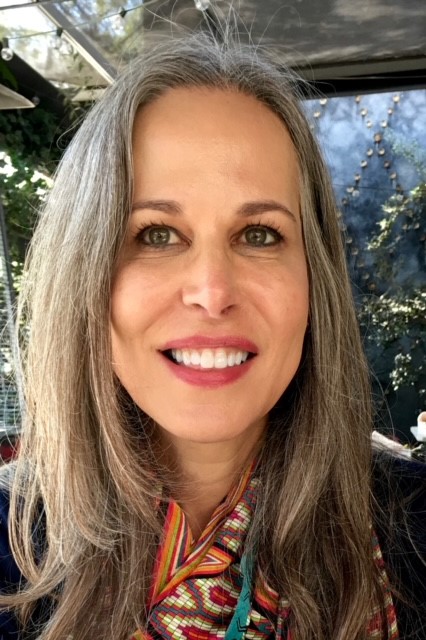 Stephanie has been a registered investment advisor representative with Martin Capital Advisors, LLP (MCA) since 2000. Her role has included strengthening the firm’s visibility and brand through various marketing channels, strategic planning, oversight of client services and the management of client relationships.

Throughout her twenty-year career as a development professional, Stephanie enjoyed building longstanding relationships with diverse donor groups and creating an engaged environment for both her team and various individual and corporate stakeholders in the San Antonio community. She brings this same professionalism, passion and enthusiasm to her role with MCA.